Why the "FAN" in CubifyFans?

How in the world could someone begin a blog announcing that they are a FAN of something when (1) they just heard about it a few days ago, (2) have never even seen one in person and (3) have no idea WHEN they will see one, let alone use one?

Good question.  But, one that I hope can be explained by years of envisioning what it would take to FINALLY be the answer to my dreams for a vehicle that can unleash a new wave of creativity across multiple generations... from children to the retired.

I have tremendous respect for the RepRap community.  They are the true pioneers of 3D printing.  And, that feat is remarkable.  It is rare to have a cross section of people working in homes, small labs and garages to start a new technological revolution.  Video recording didn't start that way. Neither laser printers nor ink jet printers were developed in that environment.  But, perfecting the concept of using extrusion to build 3D images has come from a remarkable grass-roots effort.

But, part of that development was driven by the goal of building a machine that could reproduce itself.  And, of course, this very important goal, affected the nature of the design where we see a framework  maze of rods and connecting parts.  Most do not even have a case covering the framework.

For a 3D printer to cross over from the "experimenter" community to the "consumer" community a different goal had to drive the design.  Over the years. as I pondered what this would take, some basic things came to mind.

Form should not obscure function

The best way to illustrate of this concept is to watch videos where designers and users of RepRap machines try to capture the machine building an object.  It is very clear that the framework gets in the way.  This is a case where the form of the 3D printer can obscure the function of the printer, making it appear more complex than it actually is.  Part of the initial appeal of 3D printing is seeing one's creation come to life layer by layer.

The design of the Cube 3D printer is wonderful in this regard.  Everything is right out in the open for the user to see.  And, this not only adds excitement to the process of using it; but, has another critical benefit.

Form should not be intimidating

Let's face it.  New things are intimidating enough without the structure adding a level of intimidation.  I'm not an Apple computer user because it did not exist when I first faced the hurdle of learning to use a computer.  But, had my introduction to computing come later, then I would probably be an Apple user.  A part of Steven Jobs' genius was the ability to provide interfaces and form factors that allowed people to do complex things with simplicity.

The smooth contours and clean lines of the Cube are incredibly important contributions to reducing  intimidation for first users.  Gone from site are the gears, pulleys and maze of support rods.  It draws the focus onto one little area... the print head.  To find acceptance in the consumer community lowering the intimidation level is critical.  And, the Cube does this beautifully.

Consumables should be simple to find and replace

I love the cartridge idea introduced in the Cube 3D Printer.  Sure, open rolls of plastic feedstock are perfectly functional.  But, the Cube Case concept is a far better way to deal with consumables for consumers.  Consumers are used to plugging refill cartridges into a wide variety of items they use on a daily basis.  Again, it takes away some of the intimidation factor that would be a barrier to wider acceptance in the consumer and school marketplace.

The printer design should discourage tampering

As a former teacher, I know first hand how enterprising some students can be when it comes to "modifying" classroom tools.  The fewer parts that present themselves as enticing targets of opportunity the more likely the tool will survive for more than a week.  All it takes is one creative student with a wrench to wreak a bit of havoc with most RepRap machines.  The enclosed design of the Cube certainly minimizes that potential.

The design should make one proud to own and display

In the mid-1980's I was privileged to be associated with a beautifully designed PC called the Mindset Computer.  In fact, it was the first computer to be put on display in the  Museum of Modern Art.   It is an example of a product that was an asset to the decor of the office.  For the home, my favorite example of a beautiful and functional design is the Keurig coffeemaker. 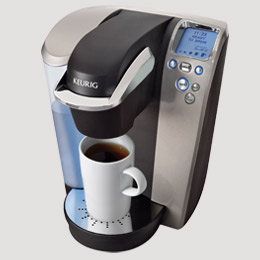 Every model of the Keurig, from the smallest personal version to the largest commercial brewer is designed to be enhance the environment in which it sits.  No one is ashamed to have one in their home or office... as demonstrated by their phenomenal success.

Take another look at the Cube with the all of the above criteria in mind... 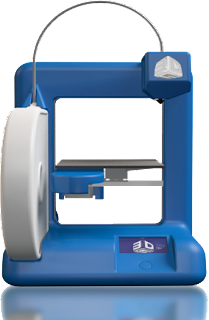