Editor's Note:  Chris is a 1st Gen Cube owner and excellent CubifyFans contributor.  When I heard that he had traveled to CES, I knew that we HAD to have an eye-witness report from him.  He did NOT disappoint.  :)

This is Chris Crowley, your guest reporter in the field for the CubifyFans blog.

I attended CES this year, and was in phone contact with Tom Meeks every day as 3D Systems made their announcements….


First - This is my first CES visit… it's touted as the largest trade show in the world. Boy is it ever huge! Tens of thousands of people in the hallways.  We walked for three full days, and barely covered two-thirds of the show. I'm not sure you could actually see the entire show one week.  Reportedly, Las Vegas is the only city in the world with enough hotel rooms to house the attendees.

Second - the 3D printing TechZone was jammed with people and exhibitors! There were many vendors, showing many low- and high-end printers and associated services. There were cloud printing services, filament manufacturers, photo "sculpting" systems, scanner manufacturers, etc.   The visitor "density" was very high in the 3D printing zone.  See Tom's post about a "tipping point"… I think we are very close.  We even heard talk about 3D printing at a blackjack table from non-technical people one evening.

And a description of the "TechZone":

Third - the 3D systems booth was by far the most crowded booth that we saw in the entire show.


We pushed, we jostled, and we elbowed our way through people ten deep to see the new products.  I know several people at 3D systems, and Tom had given me another list of good contacts... But we couldn't meet with any of them, because they were all too busy with the press! Our main contacts were busy on Thursday from noon until 6 PM straight with press interviews.

As a sidenote, I am a member of the National Speleological Society (i.e. "Caving"). I've been 100 feet underground in the pitch dark, covered with mud, crawling through a slot too small for a bicycle helmet to fit through. That slot pressed solid granite against my spine and my sternum such that I had to exhale in order to squeeze my way through. In short, I am NOT claustrophobic! However, I got the heebie-jeebies in the 3D systems booth, because it was so full of people!

This portends good news for the company, the stockholders, and the phenomenon that is 3D printing. 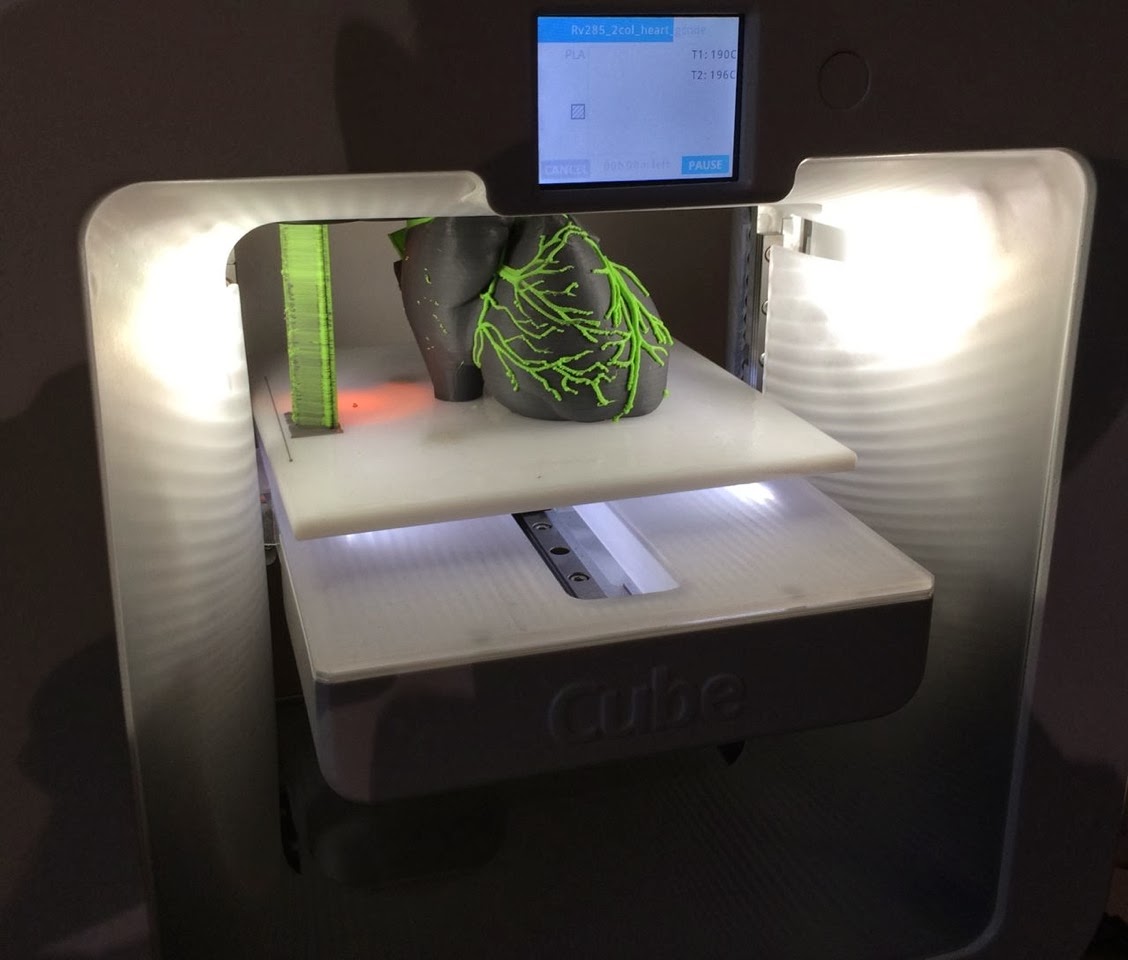 We did see the new fully enclosed CubePro (both the Duo and Trio versions.)  These machines are nice, but the tinted front glass prevents getting a good look inside the CubePro given the lighting in the booth.   The inside was only observable from an extreme angle as in the images above.


We did see the Sense scanner. I won't cover the scanner, because Tom has done such a good job in his previous posts.  See my attached pictures of the face scanning demos. 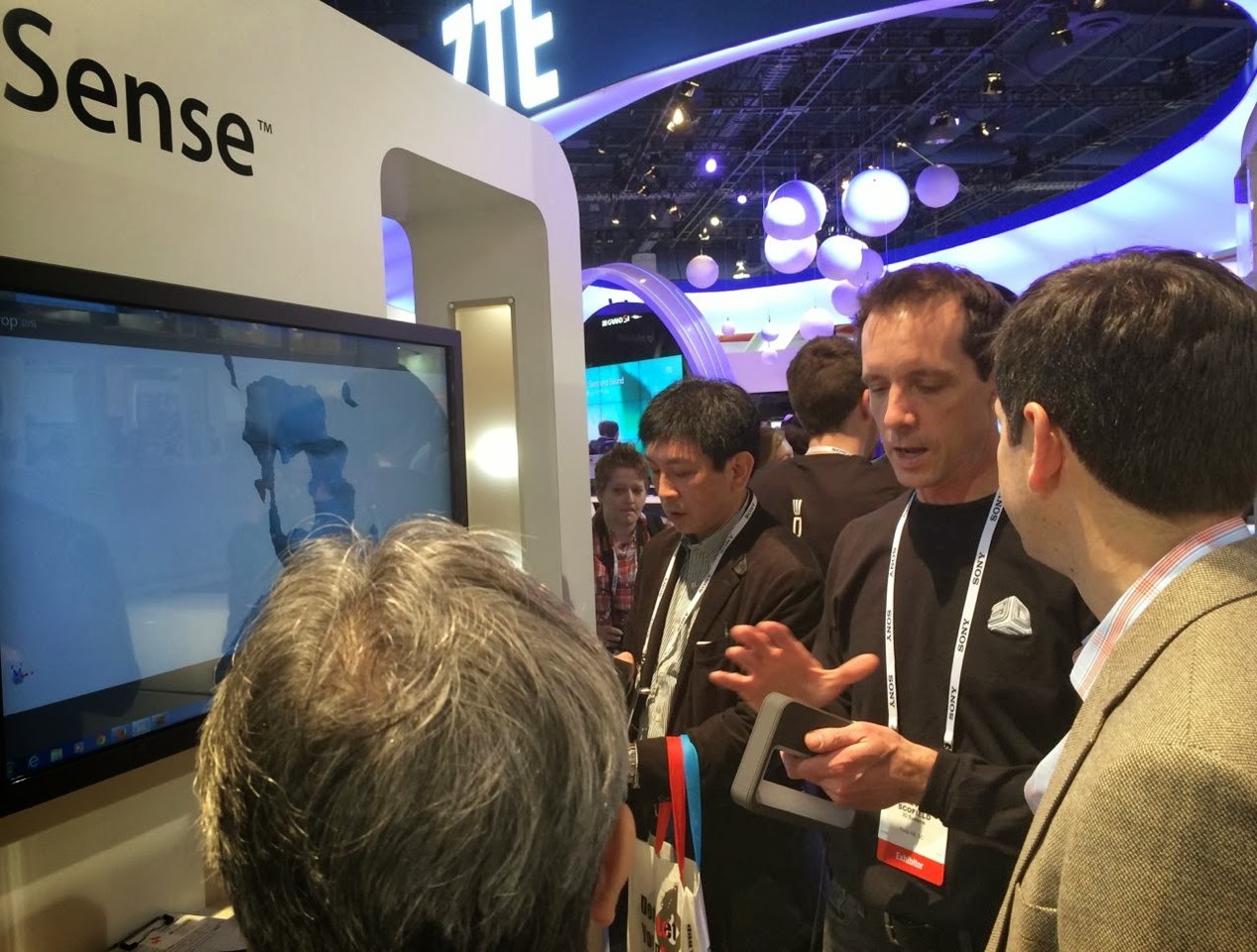 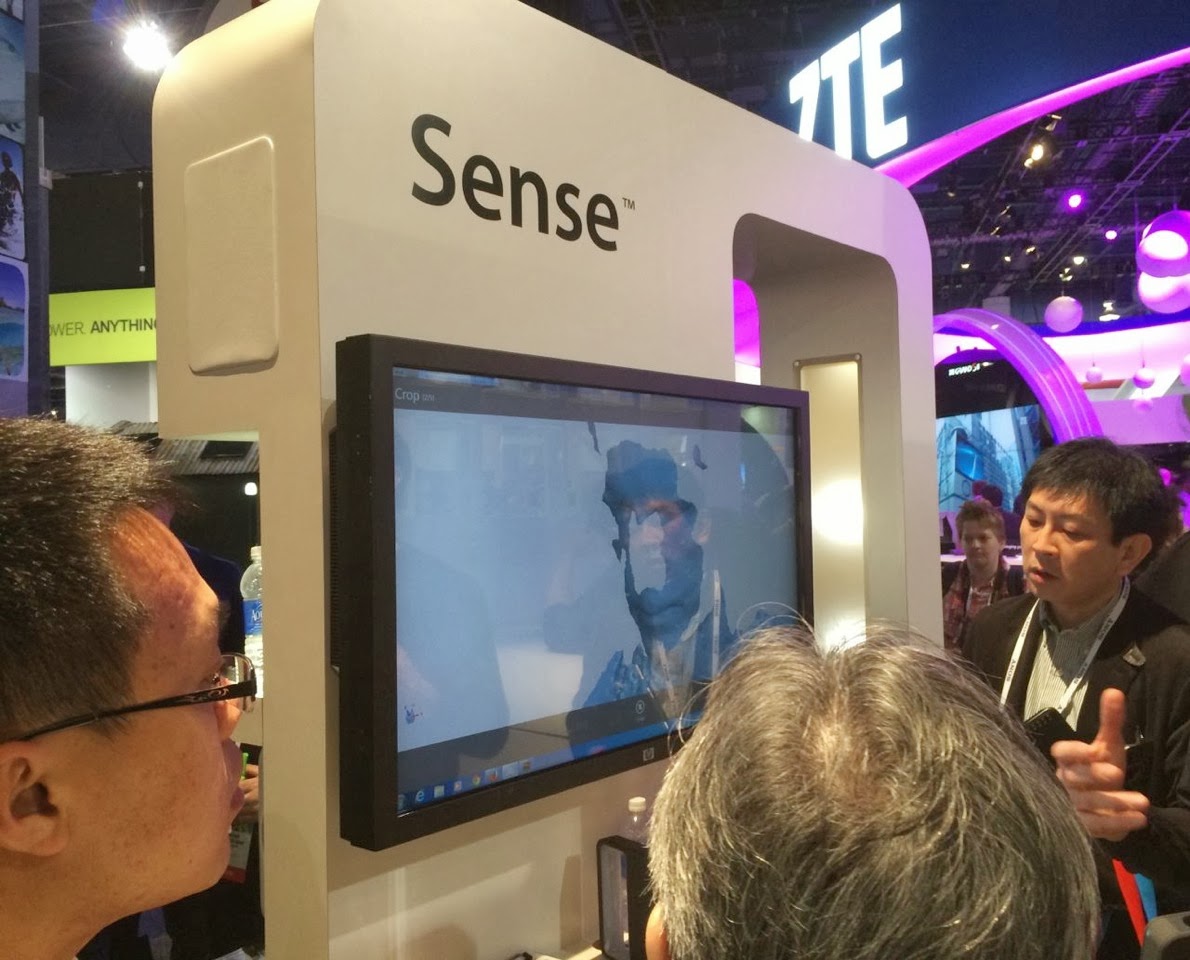 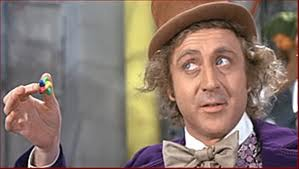 
This device prints in sugar, with a dizzying array of food coloring and flavors.


You can see some of the "candies" in my photos, but be sure to check out the AMAZING printed edible sculptures - about the size of a wedding cake - maybe they are wedding cake stands or decorations?


This company was an acquisition of 3D systems last year, and boy does it work well.    I won't be needing one of these, but certainly there is a market in the cake making / food service industry.
Here is a nice article on the ChefJet with close-up images and video.

The TOUCH Haptic mouse (see Tom's previous post) was not on display (I asked).  Also, the CeraJet ceramic printer was not on display… It is possible that they were being shown in the special press event, but we didn't have press credentials.

You may remember that I am a mechanical engineer and project manager, mostly in the medical equipment industry.   The Cube1 has changed my entire workflow, and has gained me many new clients because I can actually offer 3D printing for free with my designs!   However, I'm bumping up against resolution and accuracy issues that the Cube3 should be able to solve.  I'm keeping my fingers crossed.  Signing out….

I want to thank Chris for taking us into the 3D Systems booth and giving us a preview of what we can expect over the next few months.   There is one image that I think deserves a special comment.


I see a few things in this picture that are especially interesting to me.  First, the print table material seems to have been changed and I see no sign of glue having been used.  Secondly, one of the issues we've had with the Cube2 is that the very first portion of the print can sometimes be blank because the filament came out during heating.  It appears that the Cube3 automatically goes to the side of the table to take care of this phenomenon by laying down some material before starting the new layer.  And, it appears that it does this each time the color is changed.  We'll have to wait to see if this is the case.