In my first post about the Cubify Odyssey Tour coming to Washington, DC, I focused on what I learned new about the Cube.

In this post, we'll focus on people's reaction to seeing a home 3D printer.  Their reactions follow a common path.  First, confusion and then smiles as they finally get what a 3D printer can do.  It was fascinating to watch.

But, first I have a complaint.  I was looking forward to hanging out with the WHOLE team on the Mall.  But, it didn't work out that way.  I got to hang out with Boris and Adam while one special Cube got to hang out with Kelly and Aleya.  Where's the fairness in that????  See what I'm talking about on the Cubify Blog!

Fortunately, I got to hang out with Kelly and Aleya for dinner at the end of the day.  They are as vivacious and sharp as their video applications and blog posts indicate.  I can't think of four better people to represent the Cube and Cubify across the country.

Well, if you have ever visited the Mall you know that it's miraculous that we found spots to park within a few cars of each other!  That's what I call a GREAT start.

The guys opened up the Nissan Cube and pulled out the platform holding the Cube printers in the shadow of the Washington Monument. 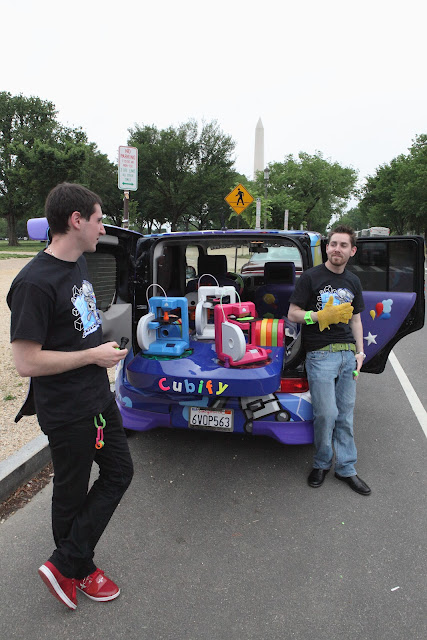 The pimped-out Cube was pretty easy to spot and they soon attracted some curious Mall visitors.


Among the most popular items was "The Glove".


But, the curious were treated with a lot of other 3D printed items to explore.


Hundreds of school children came by and waved; but, when you are on a school field trip to Washing, DC you are on a tight schedule. 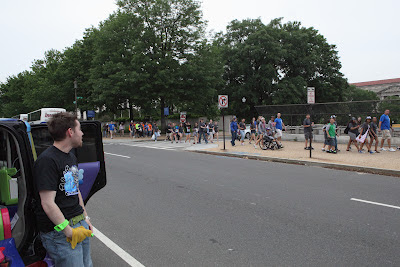 It's too bad that most groups introduction to Cubify was from across the street.  But, many took pictures of the Cubify Tour Cube and I'm certain they will remember this as the Cube starts shipping and schools become interested.

Fortunately, some teachers and students DID get a chance to explore the Cube in action.

All this was to be expected.  But, something began to happen that was completely unexpected.  Pedi-Cab drivers added the Cube to their tours!!  One Pedi-Cab driver after another stopped by with their passengers to take some time for the Cubify Experience!! 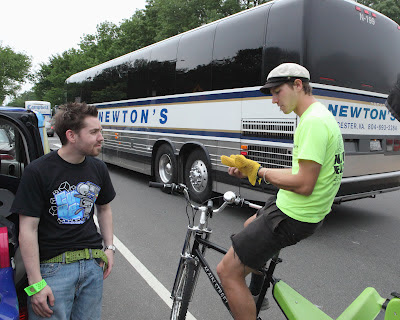 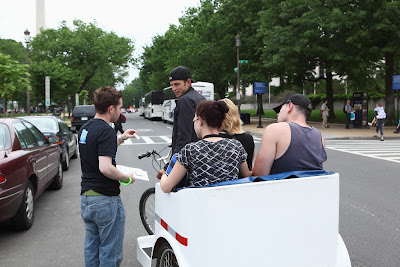 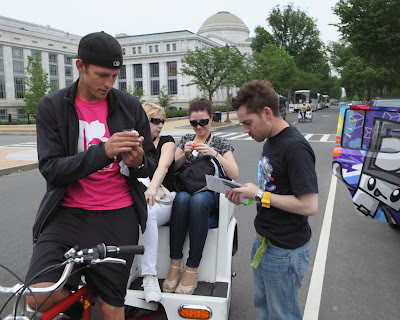 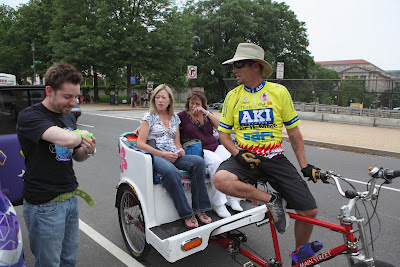 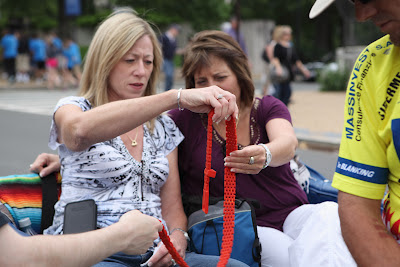 That was pretty astonishing!  The riders seemed to enjoy this new stop on their tour as demonstrated by the last image in the above series.

But, I also took some images of the Cube in action.  There is one, in particular that stands out to me because it demonstrates how even wide objects can successfully be printed on the Cube in ABS.  For those that have a 3D printer, it will also reveal a slightly different raft strategy.  This is good stuff! 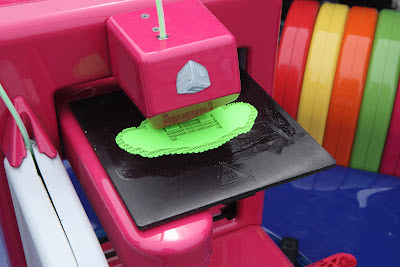 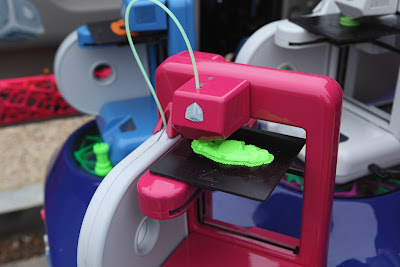 However, at the end of the day, this next image really respresents what the DC stop was all about... being Cubified... which always seem to be accompanied by a great big smile! To see all the images I shot of the Cubify Odyssey Tour's stop in DC, check out my Flickr site.
Posted by Tom Meeks at 5:54 PM