Utilizing ALL the Cube's Printing Space

When we design our objects, it's easiest to orient them horizontally or vertically.

But, sometimes we want to print an item that would not fit into the Cube's build space with the original orientation.

There are two solutions.  The first is to scale the object to be small enough to fit.  The second option is to re-orient the printed piece so that it remains the same size; but, still fits into the build space of the Cube.

Let's take the "ANNA" pencil box from the previous post as an example. 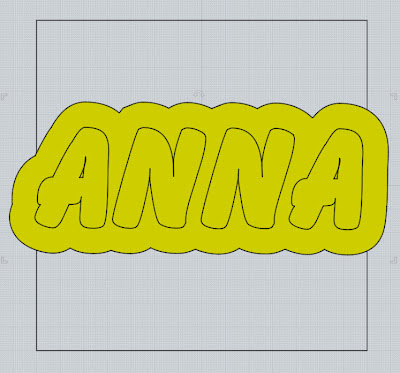 I have marked the Cube's build area using a box that is 140mm x 140mm.  (Those of you in the United States may not believe this; but, it is far easier and more precise to work in metric when designing for a 3D printer.  It is easy to find any conversation using a wide variety of web tools that are freely available.)  As you can see, the box, at 168mm wide does not fit the build area.

While we could simply scale the box to make it smaller.  But, to reduce the size of the box would also reduce it's usefulness.

The answer, in this case, is to simply rotate the box. 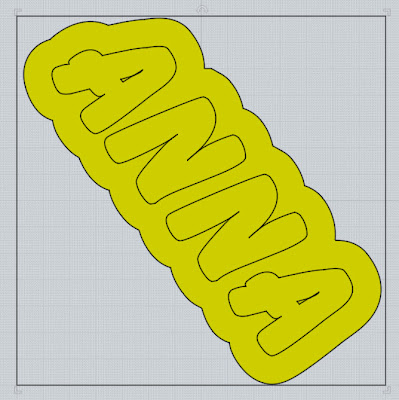 The same 168mm wide box now completely fits into the build area of the Cube.  The 3D printer could not care less about the angle of orientation.  The only difference that might be seen in the finished product is in the normal pattern and direction of the print lines common to all 3D prints.  But, that has no practical effect on the part being printed.

While the part can be oriented in the software that converts the original STL file into a Cube file, it is probably easiest to perform the rotation in the original software package.  I have not seen the conversion software for the Cube as yet.  But, I assume that it is much like Axon that comes with the RapMan 3.2 printer.  Axon lets you know if the part will fit into the available build space and lets you easily scale to correct the problem.   But, rotation isn't one of Axon's strong points.  So, we'll have to see how that is implemented in the Cube version.