One of the benefits of being old is that you can draw on decades of experiences when trying to come up with old circumstances that mirror new circumstances.  At the risk of totally boring  you, I want to go back many years to describe how I feel about the current filament situation.

My mind drifts to tires... .
Every feature that you see in the image above, of a similar Packard, was pristine and beautiful... right down to the most riveting ornament ever attached to the hood of a car. 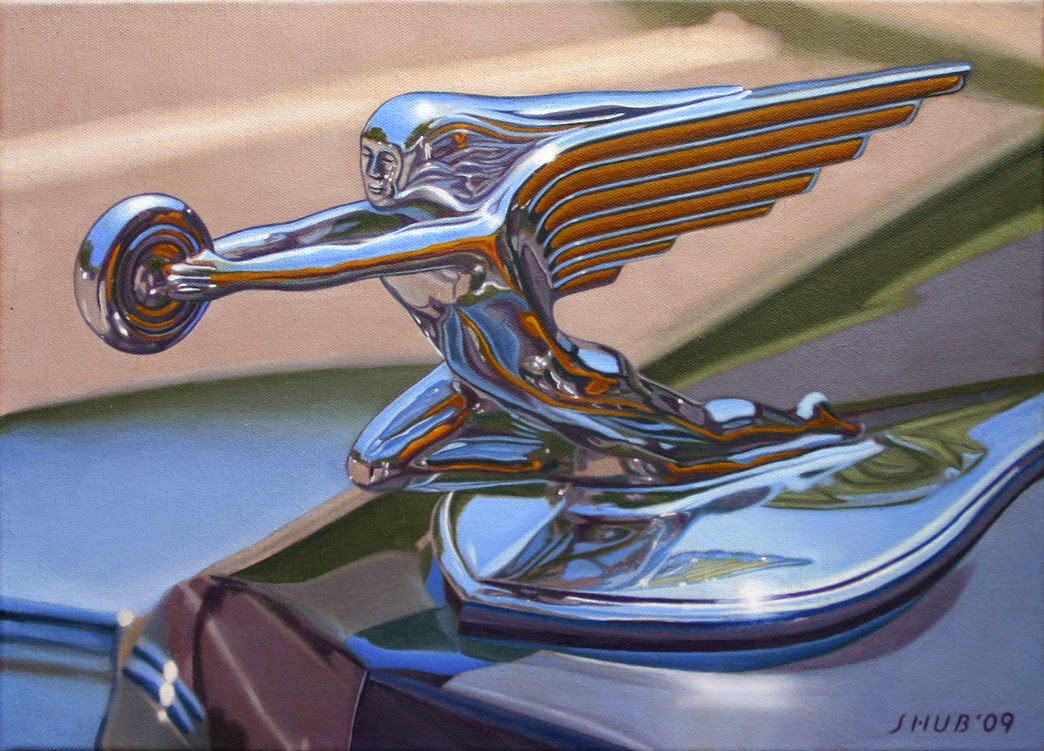 How I longed to go for a ride in that car!

Looking back, underneath that beautiful exterior there must have also been some age related engine problems.  But, at the time, the big issue standing between me and a glorious ride in that magnificent beast was four flat tires.

No matter how beautiful that car was, it couldn't get me very far on four flat tires.

Fast forward to 1969.  My brother-in-law purchased a Ford Torino with the 428 cu in (7.0 L) "Cobra-Jet" engine with "Ram Induction".  While not nearly as beautiful as the Packard, it was an amazingly fast car.  It may be hard to imagine; but, there was a time when you might not see another car on I-495 or I-95 for miles.  It was the perfect place to see what that Torino could do. Being young and dumb, whenever he would loan it to me, I would wheel up the ramp and, opening up that 428 Cobra Jet engine, ROAR onto I-95, hitting 110mph in seconds.  Top speed was supposedly greater than that; but, even I wasn't dumb enough to push it beyond 110.

Now, there was a reason why that stretch of I-95 was a good place to open up that engine.  It was straight and long.  The Torino Cobra Jet had an archilles heel.  It didn't take corners all that well.  And, that was because the tires of the day were bias ply.  They were not as stiff as today's radial tires.  So, if you wanted to go fast, you had better be going straight,  The other issue was that while it could go VERY fast.  It didn't like to stop all that well.  That is because the old drum brakes in the back weren't sufficient to stop it well.  A car that could do well over 110mph on a straight road was reduced to a crawl on tight country roads with a lot of turns.

While these memories, for you,  might not have any connection to the situation we find ourselves in with the Cube 3, in my mind they do.  Even if that Packar's engine were perfect, the tires would hve still meant frustration for me.  And, had the Torino had the benefits of radial tires and full disc brakes it would have been an even more awesome driving experience.  Granted, that experience would have probably been short-lived since I probably would have died in a blaze of 429 glory.  Remember, I did say young and dumb.  :)

I don't know how soon it will be.  But, in the near future, the clogging issues will be a memory of the past.  But, like the flat tires on a beautifully crafted Packard, we will be frustrated as we see such a fine machine not being able to reach its full potential for just a little while longer.  We have a tire issue, not a car issue.  Find the right tires and we're off to the races.
Posted by Tom Meeks at 10:12 AM